Bloc Hotels announces it has completed the purchase of 21, West George Street, Glasgow. The former cash counting and storage facility, known as Dale House, will be developed into a landmark hotel in the heart of the city.

The prime location is directly opposite Queen Street Station – currently benefiting from a £120 million redevelopment. The site has full planning consent to replace the existing 1980s building with a seven-storey hotel and retail space. 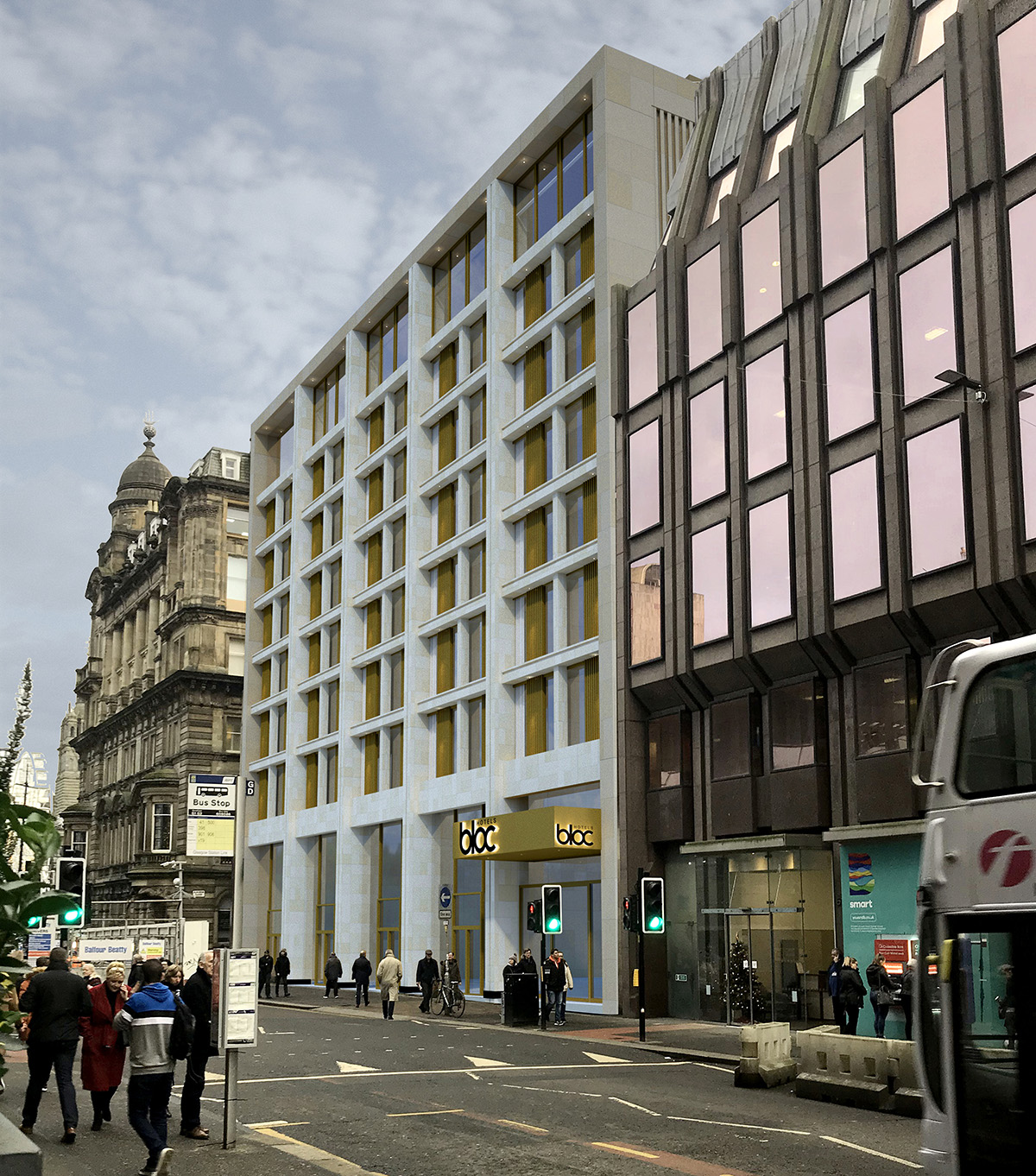 Bloc Glasgow will be a few short steps from Glasgow’s historic George Square and thriving retail destination, Buchanan Street. Bloc’s designers, in conjunction with innovation partners, will develop a high-tech, smart hotel that matches the aspirations of the area.

The group’s critically acclaimed designer hotels in Gatwick Airport and Birmingham’s Jewellery Quarter have already proved a hit with business and leisure travellers. Construction is underway on the 25-storey flagship Bloc Grand Central hotel next to Birmingham New Street Station.

This latest addition to Bloc’s portfolio has been purchased from LGIM Real Assets, a division of Legal & General Investment Management. JLL advised Legal & General on this acquisition. 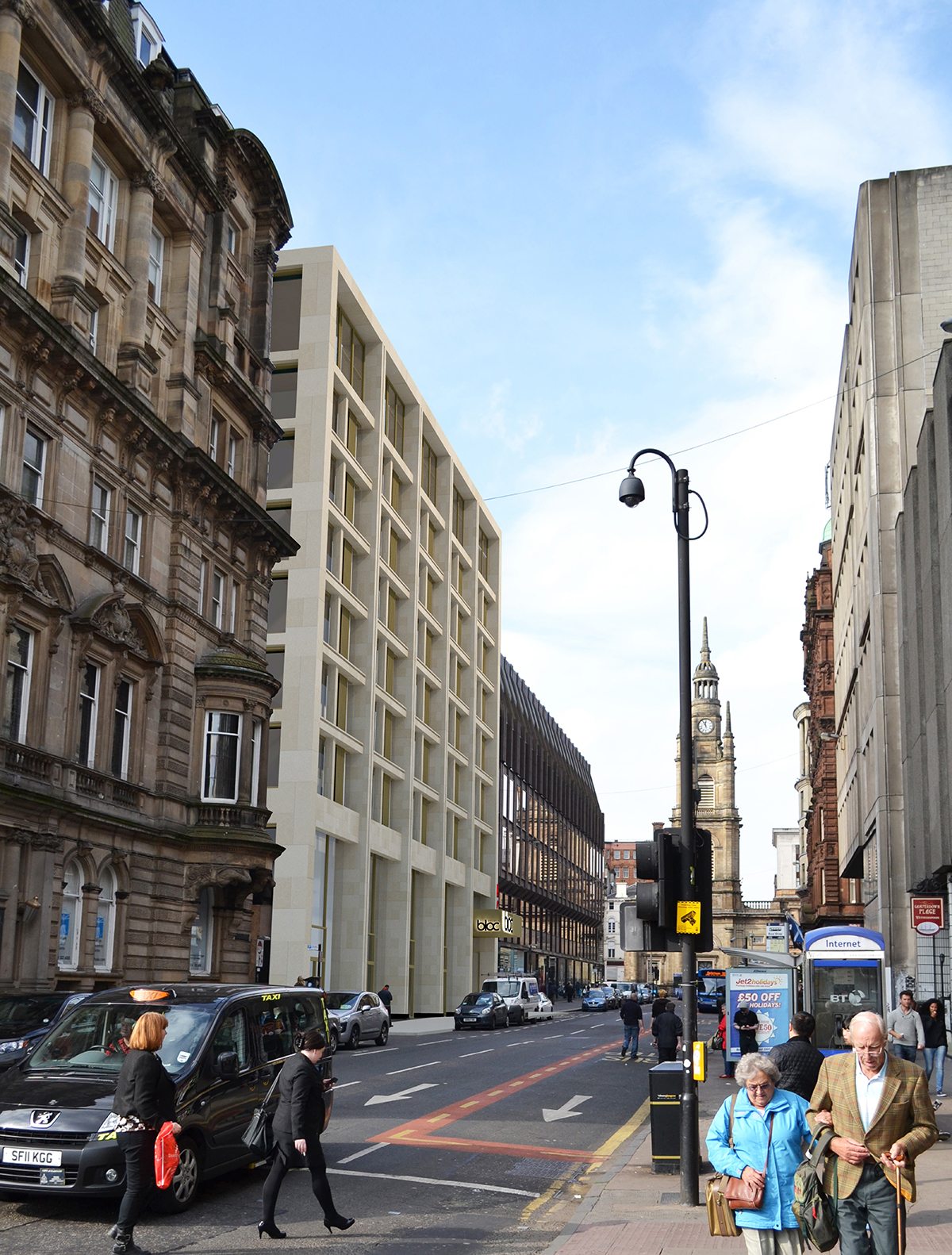 Dominic Mayes, Property Director at Bloc Hotels commented: “We are really excited to have acquired this site and look forward to delivering Bloc Glasgow to this extremely vibrant part of the city. The property is in a prime location, directly opposite the recently redeveloped Queen Street Station, where the number of people using the station is set to increase by 40 per cent, reaching 28 million by 2030. This is another defining moment in the company's ambitious growth strategy, as we continue to expand into key gateway locations.”

Craig Westmacott, Senior Fund Manager for Legal & General commented: “Since being listed for sale, Dale House has generated considerable interest from developers, investors and owner occupiers for a variety of different uses. Having strategically secured valuable hotel consent on the site, we are pleased to have now sold the asset to Bloc Hotels, who will develop their hotel brand on this important Glasgow city centre location. The sale brings to a conclusion a successful asset management strategy which has generated attractive returns for our investors.”

Kerr Young, Director, JLL commented: “Glasgow remains a target location for a large number of hotel operators. We continue to see good traction across the UK from a number of well capitalised new and expanding hotel concepts and are delighted to have been instrumental in bringing Bloc Hotels to Scotland.

“We received in excess of 20 offers for the site and that is testament to the quality of the location and the opportunity it presents.”